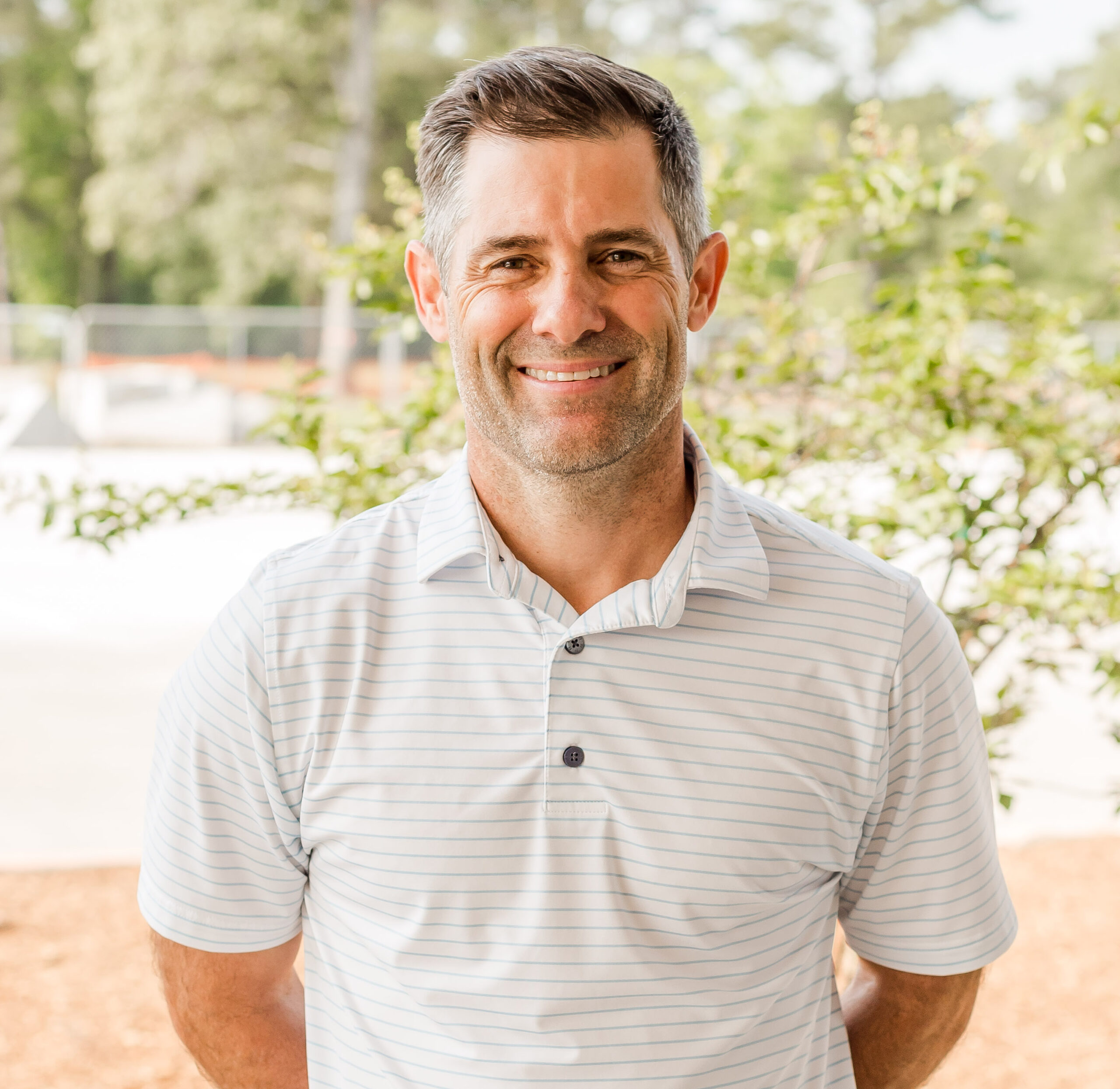 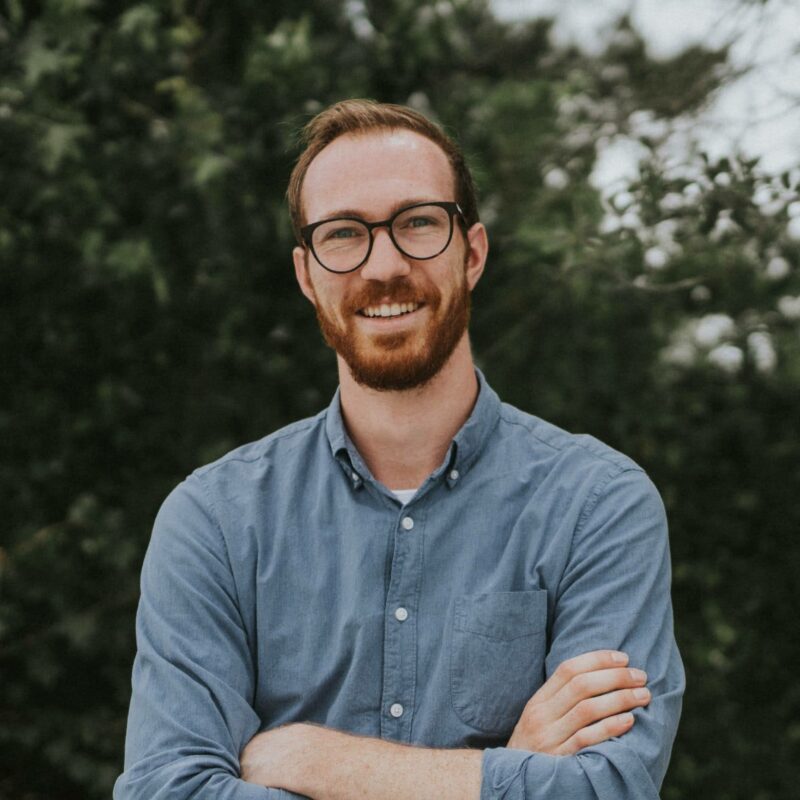 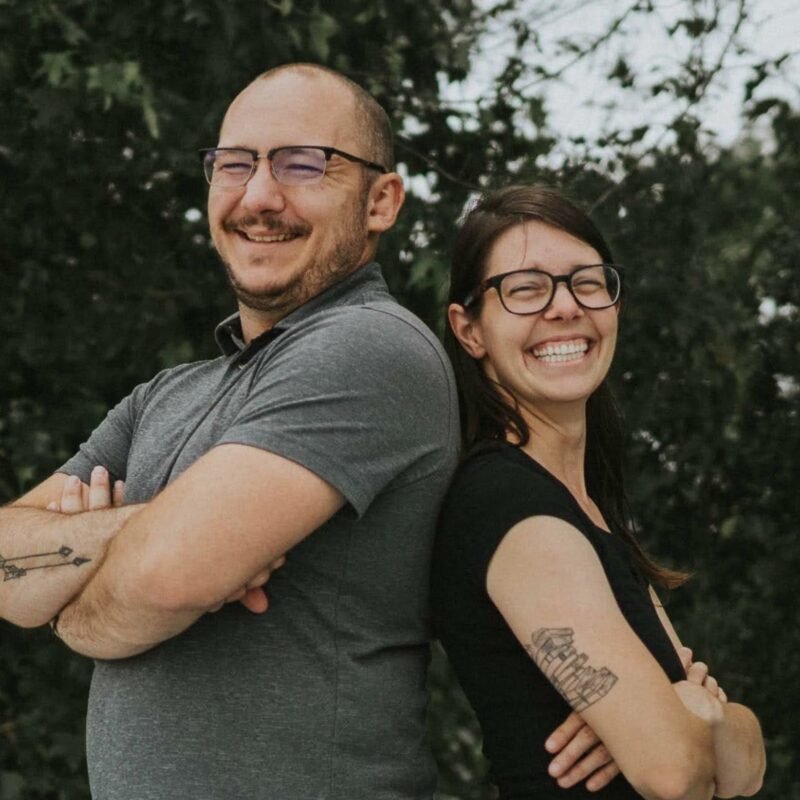 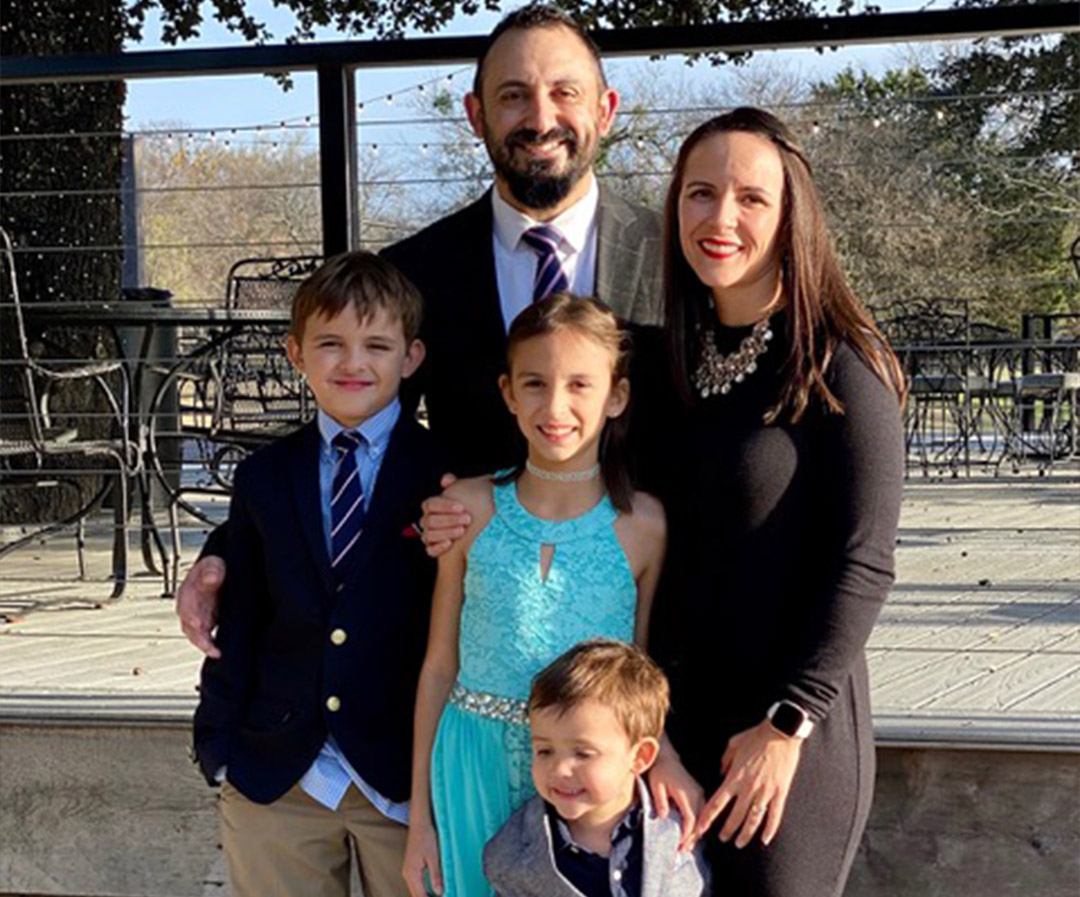 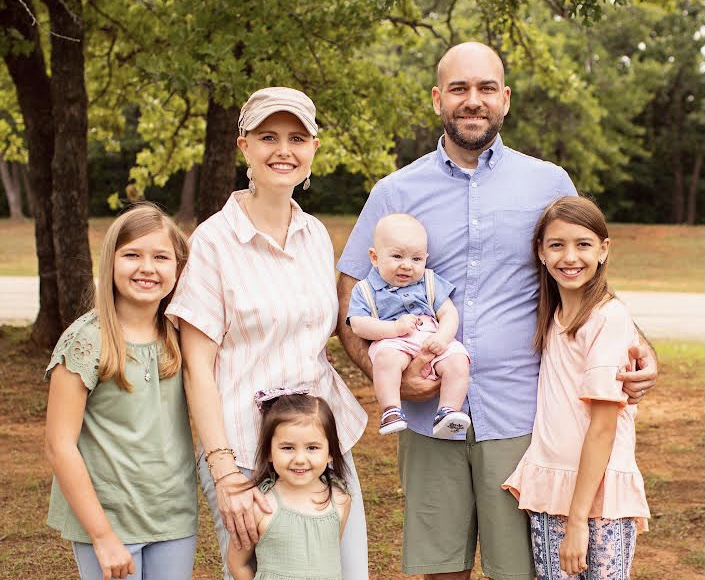 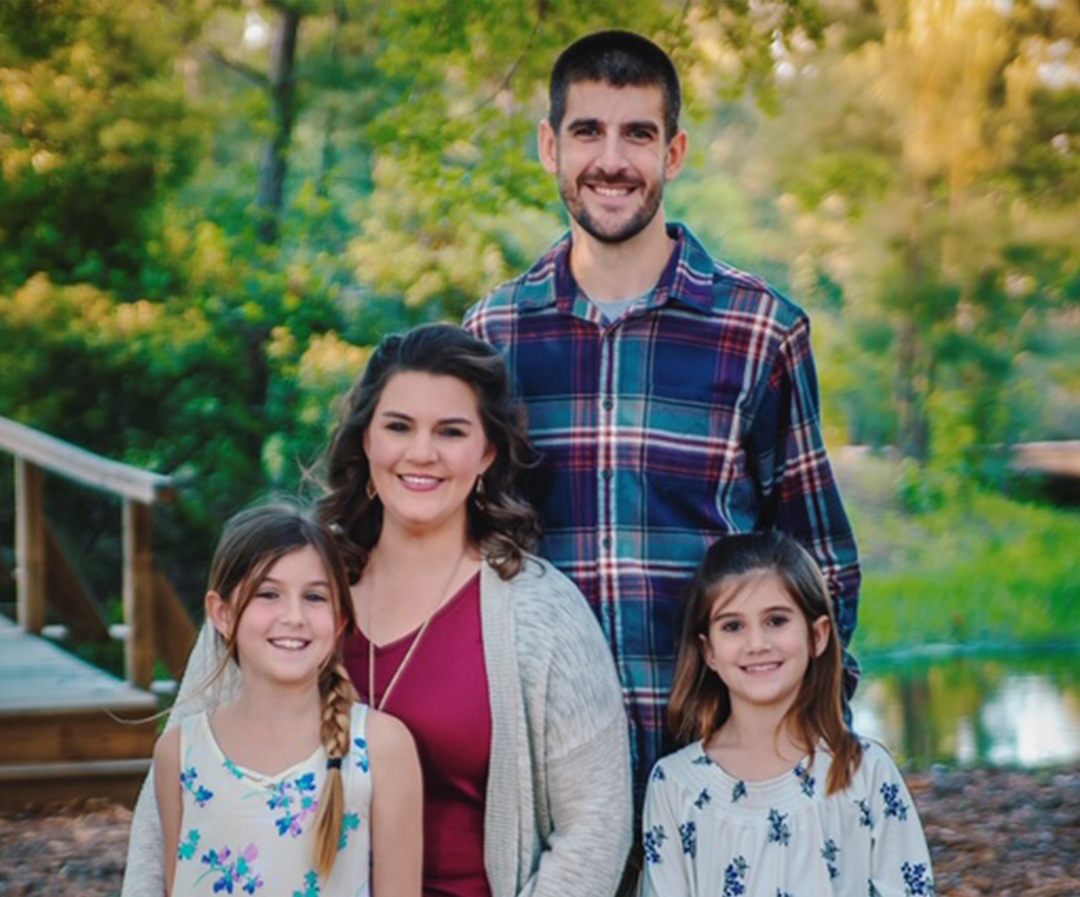 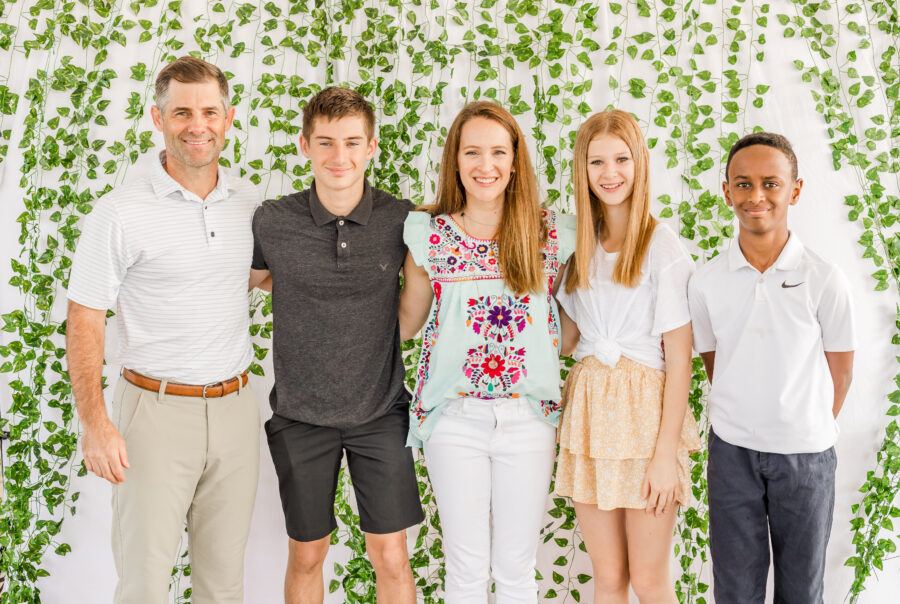 Seth grew up in the Texas Hill Country on a ranch near Llano, TX. While playing collegiate golf at the University of North Texas, Seth came to faith in Jesus Christ and began serving and growing in his faith at Denton Bible Church.

After graduating from UNT, sensing the Lord’s call to full-time ministry, Seth attended Dallas Theological Seminary while serving on staff at Denton Bible. Since graduating from DTS in 2002, Seth served as a full-time Student Pastor in central Houston for almost ten years and then helped plant and serve as a Pastor & Elder at a growing church on the west side of Houston for seven years. Seth has been serving as the Lead Pastor of C3 since 2019.

Seth & Melanie have been married since 2002 and have three children: William, Claire, and Samuel. Outside of ministry, Seth enjoys spending time with his bride and kids, playing golf, working out, and just about anything that involves being in the great outdoors. 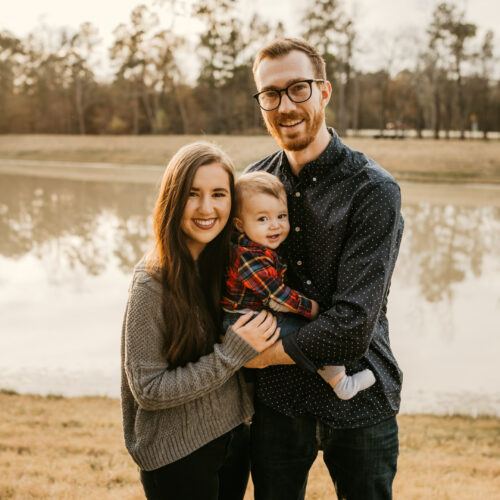 Weston grew up as a pastors kid in the Pacific Northwest. It was through this that his love for the church and ministry grew. He went on to attend a Bible college in Wyoming, and is currently working towards an M.Div. at Southern Baptist Theological Seminary.

Weston met his wife, Darragh, the first day of Bible College and have been together since! They’ve been married for 7 years and have one son, Oliver.

After spending four years in Utah leading a young adults ministry, he and his family moved back to Texas in pursuit of future pastoral ministry and church planting. He works in a number of capacities at C3. 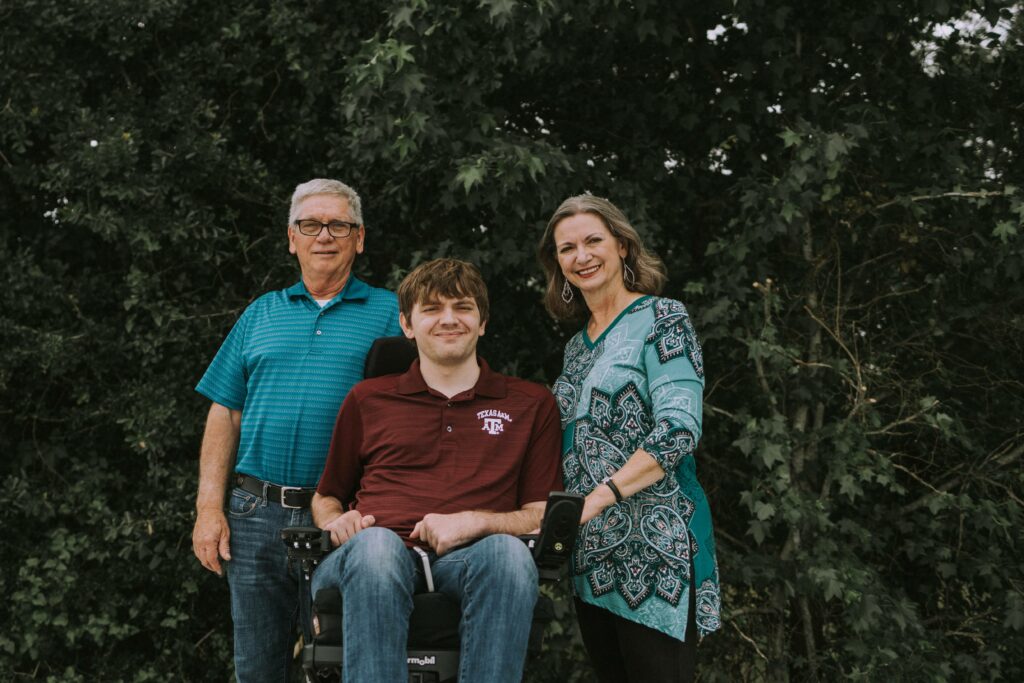 Sharon joined the C3 staff in July 2018 as the Director of Administration. She has served in church administration for over 20 years. Sharon desires to use her gifts of administration and hospitality to serve at C3 as we share the Gospel and reach the community for God’s glory.

Sharon is a CCA (Certified Church Administrator) through The Church Network, a national organization for church administrators.  She attended the certification center at Southwestern Baptist Theological Seminary. Before being called into church ministry, Sharon was an elementary teacher and Assistant Principal.

Sharon is married to Wayne and are parents of 4 sons and 1 daughter.  She especially enjoys being “Mimi” to their 7 grandchildren. Sharon also likes cooking (trying new recipes), hunting, fishing, and antiquing. 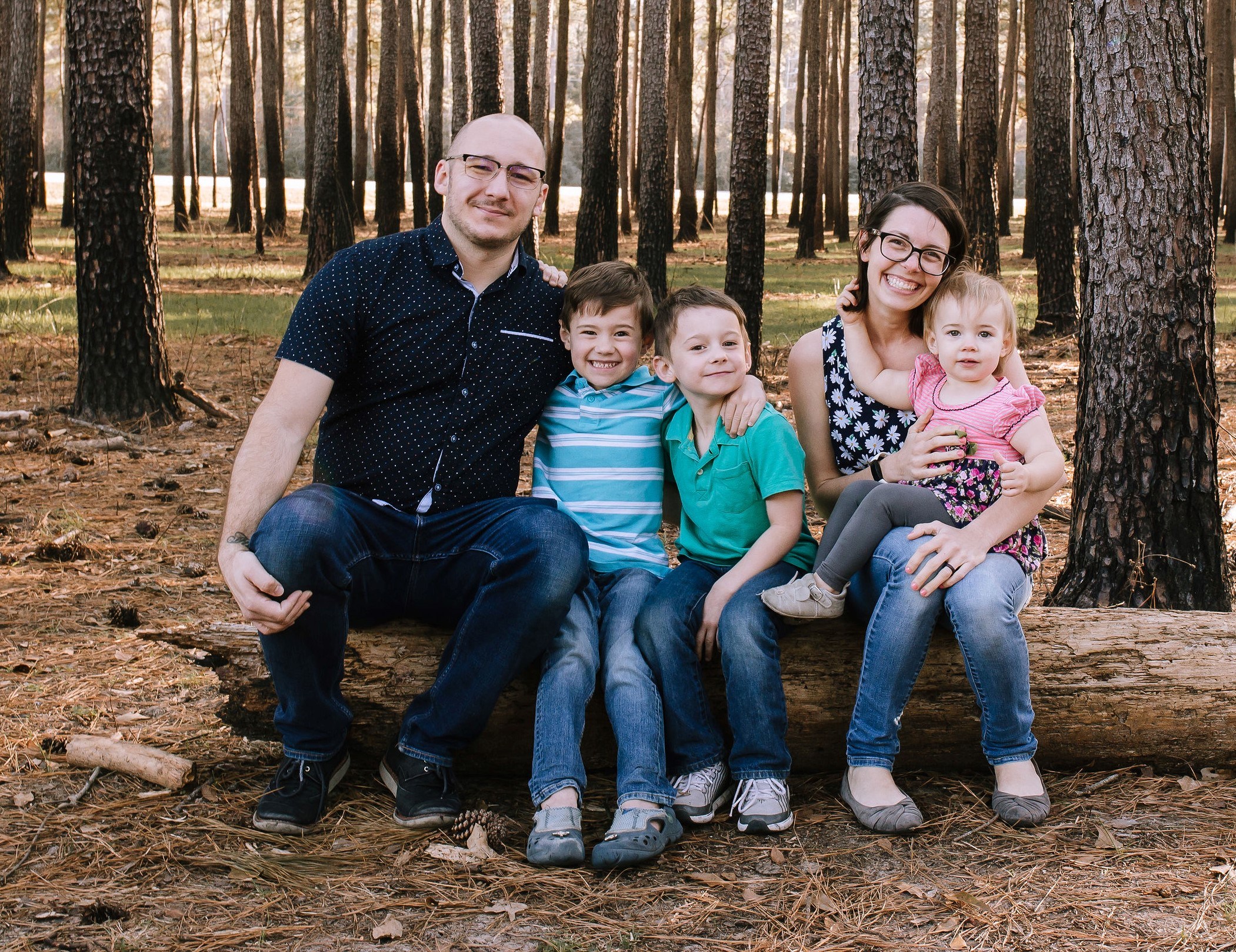 Jordan has served as the Children’s Ministry Director at Christ Community Church since December 2020. Before then she worked as the Children’s Ministry Intern and has served in C3 Kids since 2012. In 2009 Jordan began attending a large youth ministry in The Woodlands, Texas. It was at the youth winter retreat that she came to faith one night. Since then, Jordan has been serving as a volunteer in student, college, and children’s ministries, as well as on the mission field with YWAM. Jordan has a bachelor’s degree in Liberal Studies with minors in Religious Studies, Psychology, and Health from the University of Houston. In addition, Jordan has over a decade of volunteer experience in various ministries.

Ross has served as the Student Director at C3 since December 2020. In 2010 he came to faith in Jesus Christ. Since then, Ross has been serving as a volunteer in student, college, and children’s ministries, as well as on the mission field with YWAM. Ross has a bachelor’s degree in Religious Studies with a Minor in Communication for University of Houston. In addition, Ross has served as Children’s Ministry intern at C3, Youth Ministry Intern at The Woodlands United Methodist Church, and over a decade of volunteer experience from various Ministries. He is also a full time High School teacher in the community.

Ross and Jordan have 3 beautiful kids. They love exploring, reading together, and wrestling on the trampoline. Ross enjoys art and is working towards becoming a Children’s book illustrator. 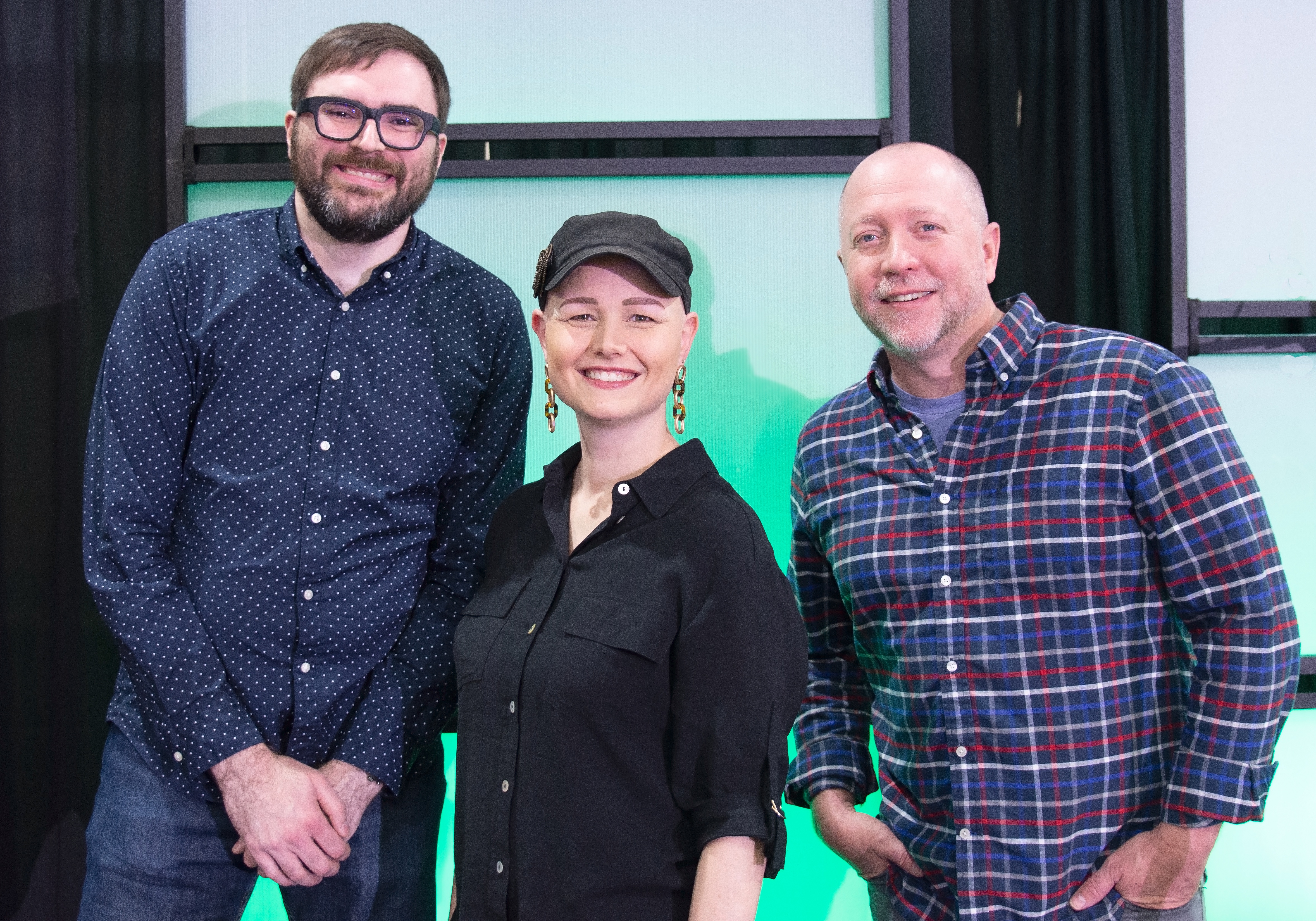 Christ Community Church’s worship ministry is led by a team of worship leaders who collectively bring over 60 years of experience in various churches. They are devoted to leading C3 in a way that is Christ-centered, authentic, and engaging. Times of worship include everything from modern songs to hymns, both new and old, with thoughtful exhortation. Luke, Sheridan, and Bo are dedicated to ministry both on and off the stage and are passionate about developing other leaders. They welcome those interested in participating in the worship ministry to contact them via e-mail at [email protected] 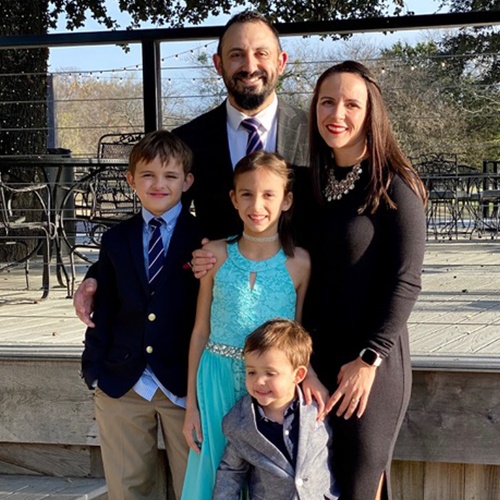 Brent and his wife Jessica moved to The Woodlands from Nebraska in 2005.  Brent has practiced law in The Woodlands since 2006 and owns his own law firm, Stanfield & Dupre, PLLC.   Jessica works in sales for a transportation company.  Brent and Jess have three children, Julianne, McCoy, and Rhett.

Brent and Jess attended an Acts29 church in The Woodlands prior to joining the C3 family as its Executive Pastor in 2014.  Brent served as the Executive Pastor from 2014 until 2017 when he opened Stanfield & Dupre.  Brent has been an elder at C3 since 2014.

Brent came to Christ at a young age and was baptized on Easter Sunday at age 5 while his family was stationed in Guam.  Growing up in a great Christian home, Brent’s faith was strengthened significantly while in law school at the University of Nebraska when he discovered the ministries of RC Sproul, Albert Mohler, and John Piper.  Brent has served in various capacities at C3, including as a pastor on staff, an elder, road crew, C3 children’s ministry teacher, a community group leader, and teaching various classes and bible studies. 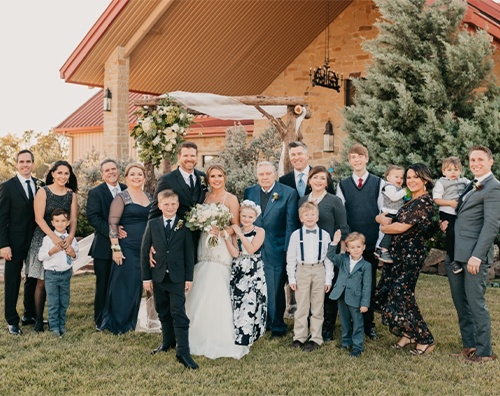 Jim Cone was born a long time ago in a galaxy far away, but only a couple of years before color television. He is the eldest of three children raised in a loving military home.

Jim and Laran have been members at C3 since late 2013. They have three sons, a daughter, three daughters in-law, a son in-law, and their beloved little King. They have six grandsons and one grand daughter, ranging in age from two to sixteen.

Jim was baptized at the age of ten at Calvary Presbyterian Church in California where he had attended Sunday school from the age of five. He was a member and involved in leadership at Northwoods Presbyterian Church on 1960 through most of the eighties but fell away from the church due to a lack of “support” during difficult times. Although Jim was going through a lot of the right “Christian” motions, he did not have a real relationship with Christ – until years later when God intervened.

God was always there, always guiding, protecting and loving. The Holy Spirit infused Jim’s heart with His immeasurable grace and a passion for the redemptive work of Christ and the holy scripture. Jim credits his loving wife Laran for her inspiring care for others, and the constant support of his family through this journey of discovering and realizing Gods pursuit of him.

He does not have a masters degree in theology, divinity, or religious studies, but is a huge fan of RC Sproul/Ligonier ministries. Jim believes in the infallibility and inherency of the holy scriptures, and that Jesus is the only point of the Bible. The bible is one book, telling one story, about one king, coming to redeem through the cross, one people and eventually creation itself. The more Christlike we become the more we are aware of how unChristlike we are.

Jim would rather serve than be served, and would consider it an honor to serve our mighty and loving God along side you. 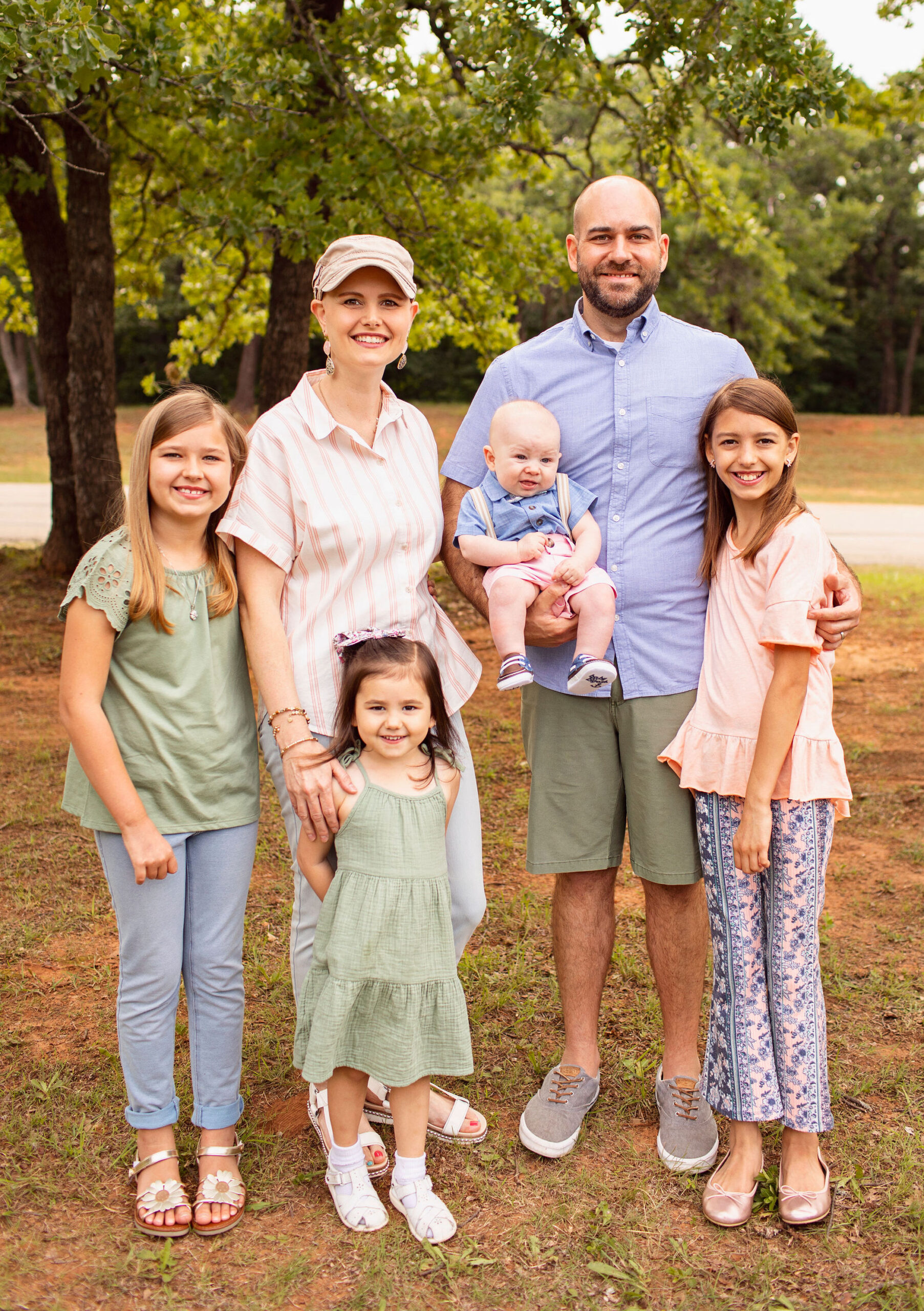 Though he started at Texas A&M University as a business student, Chris sensed the Lord leading him into vocational ministry during his college years and finished his college career at the College of Biblical Studies in Houston, where he earned a degree in Biblical Counseling, followed by completing his Masters of Divinity at Southwestern Baptist Theological Seminary. He spent two semesters serving as an adjunct professor at The Bible Seminary in Katy, where he taught New Testament courses for lay leaders.

Presently, Chris works as the Director of Operations for Revitalize Health, a functional health software company. He and his wife, Sheridan, who serves Christ Community Church through worship ministry and by co-leading their community group, have three daughters and a son. Chris considers it a privilege to be considered for the office of elder and has a deep conviction to love and lead the body of C3 well. He is committed to seeing the church remain faithful to the Lord and to our community as we seek to grow and multiply as disciples of Jesus. 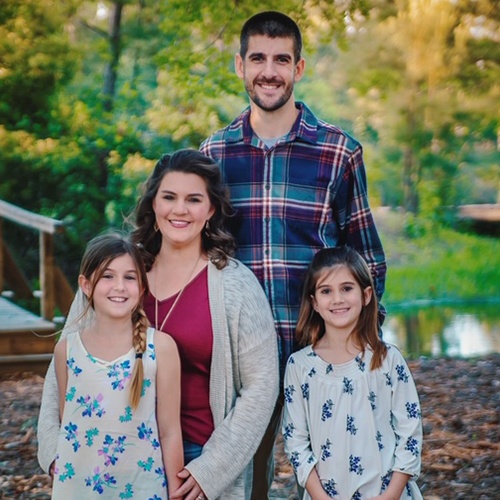 Wheeler Sexton is a native Texan, born in Dallas but spending the majority of his life in the Conroe area. He and his wife, Angela were high school sweethearts and married in 2003 after 3 years of dating. Together they have two beautiful daughters; Lilah is ten years old and Elaina just turned 9 in January.

In December of 2008, Wheeler graduated from University of Houston Downtown with a Bachelors in Computer Information Systems. That same year, he began his career at ExxonMobil where he continues to fulfill many different roles in their Information Technology group. After his graduation in 2008, Wheeler also spent almost 10 years serving in the Texas State Guard.

At the age of 8, Wheeler trusted Christ as his savior, but did not begin to truly seek the Lord until his high school years. In the fall of 2013, the Lord brought him and his family to C3 Magnolia where they have faithfully served in many capacities. Angela has been involved in kid’s ministry since they began attending C3 and has also assisted in teaching some bible studies for the women’s ministry. Wheeler serves as sound technician for the worship team and assists with Community Group leader coordination and development. He has also participated as a member of the Pastoral Search Committee and Church Advisory Board. In the 6 years that they have been at C3, their community group has played a huge role in their family’s daily life and spiritual growth. Wheeler and Angela are both deeply committed to their Church family and are thankful to call C3 their home.

Our Staff
Our Beliefs
Our Mission Partners
Worship Playlist